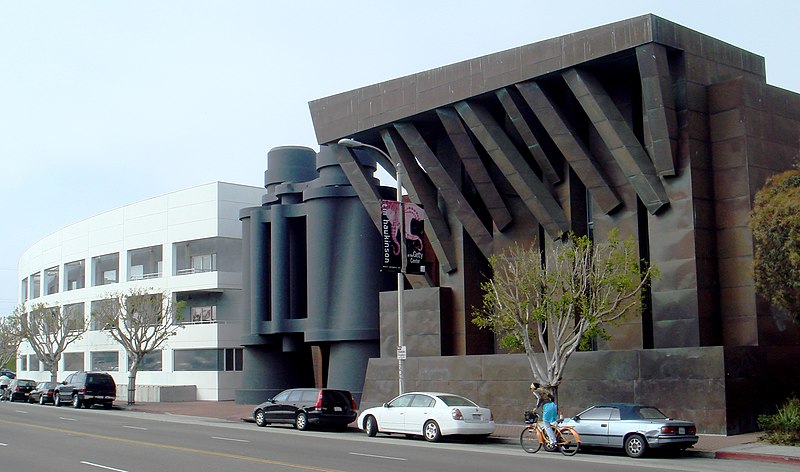 But the official story is that Frank and Jay were having a meeting in the office. Frank always has things that interest him in his office and around his studio. That day Frank happened to have a pair of binoculars that Claes had made for him sitting next to his desk. So they were talking about the project and they were brainstorming on what to do with the facade, and at some point Frank put the binoculars in the model, and said it could be something like this! So it happened in that sort of spontaneous manner.
Collapse